WHAT IS THE COLD RUNNER SYSTEM

The cold runner system is the flow path of molten plastic from the nozzle of the injection molding machine through the sprue bushing, runner, gate, and then into the mold cavity without any heat effect on this plastic flow on the way of the mold. When the mold is cooled, the plastic in the flow path is also cooled, shaped (according to the flow path), and removed simultaneously with the product.

The sprue is a part directly connected to the nozzle of the injection molding machine to bring the molten plastic through the expansion channel to the nozzle and injected into the cavity.

In order to minimize waste as much as possible, design engineers will keep the sprue diameter as small and as short as possible, yet large enough to fill the cavity and avoid quality issues.

The runner is a channel that directs the molten plastic from the sprue to the cavity gate. Like the sprue, we try to keep runner diameters as small and short as possible, but large enough to fill the cavity.

Gates are the narrow intersection between the main runner and the mold cavity. This is where the molten plastic will enter the mold cavity. Gate location is highly critical to the performance and quality of the final molded product. When looking at an injection molded part, the pump cuts can be seen, in many cases, directly affecting the product’s aesthetics.

The Cold Runner system in two-plate molds is usually the simplest and most cost-effective of the molds. As a result, they generally have faster lead times and shorter cycles than three-plate molds.

In a two-plate mold, the Sprues, Runners, gate, and cavity are all located on the same side of the mold. The biggest drawback to this type of mold is that they’ll require the gates to be cut off the final part.

The main advantage of the 3-plate mold is that it helps separate the channel and the plastic product after the molding process so that manufacturers do not have to cut the excess glue manually.

On top of that, three-plate molds give engineers more gating location flexibility, and they’re a lower-cost alternative to hot runner systems (when applicable).

However, in the 3-plate mold, because the mold has a complex structure, the cycle is longer than in other molds, and the glue path is also longer, causing more waste of materials. 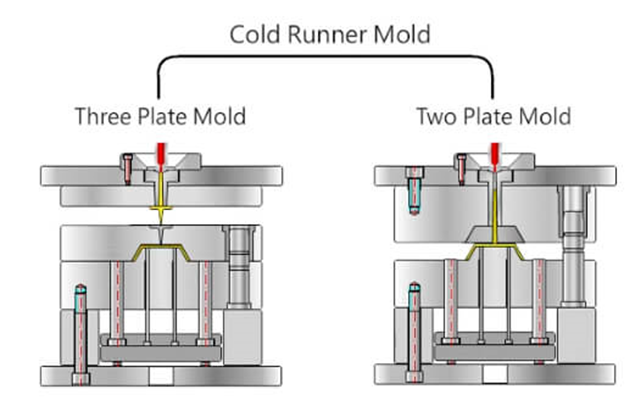 Today’s hot runner system offers many advantages in the operation and production of plastic. However, cold runner molds also have key advantages that are difficult to replace in the production process.

There are many plastics that are temperature sensitive and therefore cannot be used with hot runner molds.

Low production and maintenance costs. These systems are much less complex than hot runner systems.

Excess material retained in the feed channels will be cooled and ejected with the part so that when replacing the color, the material does not take time to discharge the old material from the mold.

Cold runner system may cost less, but there are limitations that you’ll need to factor into your end product and total cost of ownership (TCO).

In high-volume production, the cost per part will be higher than the hot runner mold.

With two-plate molds, you’ll need to cut the sprue after molding, which can leave a big gate mark. In contrast, in three-plate molding, the runner will be cut automatically, leaving smaller gate marks. Either way, both types of molds will result in raw material waster.

Because of limitations from plastic cooling in the runners, cold runner systems are best used for parts that are of a simple design.

Cold Runner systems are more suitable for products that require low to medium volume production, low initial investment, and heat-sensitive plastics where hot runner systems are not yet available. 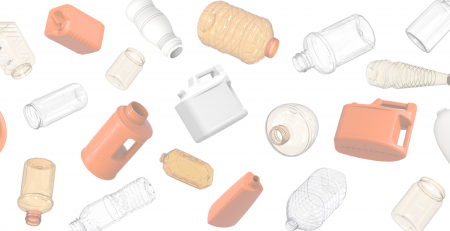 EXTRUSION BLOW TECHNOLOGY IN THE PRODUCTION OF PLASTIC BOTTLES

Plastic bottle blowing is the process of creating an empty bottle from plastic materials. This process involves heating and... read more 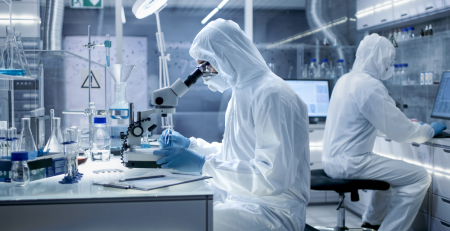 USING PLASTIC MATERIALS IN THE FIELD OF HEALTH

THE ROLE OF PLASTIC IN THE MEDICAL FIELD Plastic has made our lives easier and more convenient. From household appliances,... read more 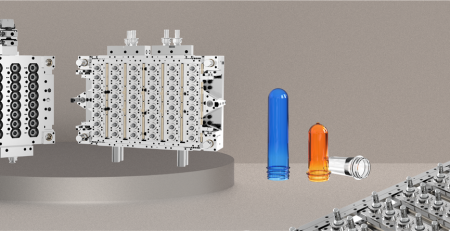 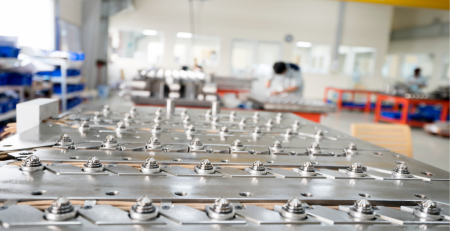 WHAT IS THE HOT RUNNER SYSTEM? “Hot runner” is a system of electrically heated channels used in plastic injection molds.... read more 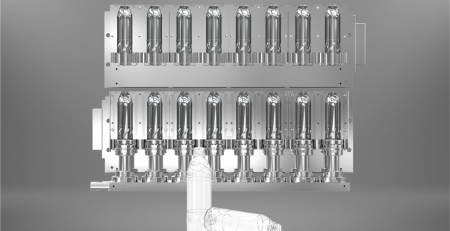 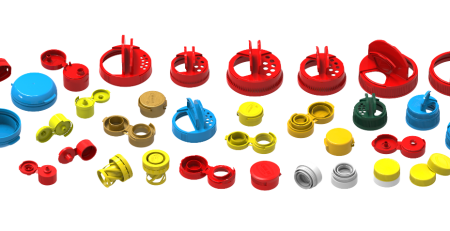 HOW TO MAKE A PLASTIC BOTTLE CAP CONTAINER? Around the world, people use millions of lids every day. The... read more 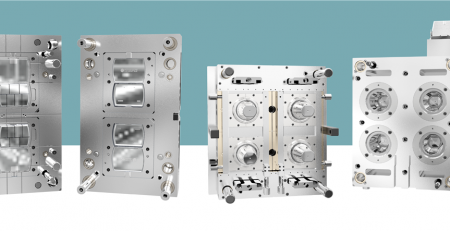 The three-plate mold is an injection molding mold that uses a cold runner system. The runners are arranged on... read more